The Great Pyramid of Giza defines bucket list goals. Built over 5000 years ago, it’s the oldest and the biggest of the pyramids, the last structure of the Seven Ancient Wonders of the World that survived. It is a marvel of human engineering and construction, and a defining symbol of the Egyptian world.

To get an instant feel of just how much this city has changed over the years, step inside Hagia Sophia – once a Christian basilica, then a mosque, and now finally, a museum. This monument was important both in Byzantium times and throughout the Ottoman Empire, with so much history that you could quite literally spend an entire day here (which might be the case by the time you get to the front of the line!)

The Moroccan town of Marrakech sits at the foot of the High Atlas Mountains. This former imperial city is now an important economic for the country, but it’s still home to spectacular intricately detailed palaces, lush gardens, and important mosques.

Being one of the most important places for Christians, Muslims, and Jews, Jerusalem is a city that has perfectly combined tradition and history with a 21st-century city, meaning that you can stroll around the old city and its historical sites for days and, at the same time, enjoy the endless nightlife, food scene, and modernity of the new part of Jerusalem.

It would be a sin not to consider one of the 7 wonders among one of the best places to visit in the Middle East.Petra was founded in the VI century B.C. by the Edomites but, it didn’t prosper until the Nabateans (a group of nomadic Arabs) took over the place and built the city by carving it from the rock, making it become an important trading hub.The architecture of Petra leaves you breathless!!

The Dead Sea is the lake with the highest salt density in the world and also, the lowest point on Earth, 430 meters below sea level. Such is the high concentration of salt that animals and plants can’t live in it, hence the name. Along the coast, there are several hotels and resorts where you can chill on their beaches and have a mud bath.

Established on the shore of the great Nile River, Luxor is the world’s greatest open-air museum. From large and epic tombs to temples constructed on a giant scale, all of them dating from between 3,200 B.C. and 1,500 B.C, Luxor is an unmissable place to travel in the Middle East.

In case you’ve never heard of it, Bahrain is a tiny country located in the Persian Gulf, between Qatar and Saudi Arabia, and Manama is its capital. Bahrain is the party place in the Middle East. Connected to Saudi Arabia by a bridge, every week, thousands of Saudis cross the border to have fun and enjoy a relative level of freedom.

In a city that’s constantly breaking records, the Burj Khalifa remains a crowning triumph, having maintained its status as the world’s tallest structure since its topping out in 2009. Standing at an eye-watering 829.8 metres, it remains the centrepiece of Downtown Dubai, where the dancing fountains at its foot, and latterly the light and laser shows projected onto its façade, attract millions of visitors each year.

The impressive and inspiring Sheikh Zayed Grand Mosque is one of the world’s largest mosques and the only one that captures the unique interactions between Islam and other world cultures. The mosque’s architects were British, Italian and Emirati, with design ideas borrowed from parts of Turkey, Morocco, Pakistan and Egypt, among other Islamic countries. The end result is a breathtaking, gleaming architectural marvel. It has 82 domes, more than 1000 columns, 24 karat gold gilded chandeliers and the world’s largest hand-knotted carpet. 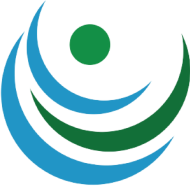